You are using an outdated browser. Please upgrade your browser to improve your experience.
by Bryan M. Wolfe
November 4, 2013
In the coming days, Apple will unveil some updates for OS X Mavericks. The files will include performance and bug fixes, according to 9to5Mac. According to the report, Apple is putting the finishing touches on updates that will address issues with Apple Mail, iBooks, and the Remote Desktop Client application. The first should resolve problems mainly affecting users of Google’s Gmail email service. The second includes “bug fixes and improvements to performance and stability.” The update for the Remote Desktop Client application is “recommended for all Apple Remote Desktop clients and addresses several issues related to overall reliability, usability, and compatibility.” It isn’t clear when Apple will release these updates. However, 9to5Mac notes that each is now undergoing testing by Apple employees. OS X Mavericks launched in October. The update features a number of goodies including iOS carryovers, Maps and iBooks, plus new features such as Finder tabs, and tags. OS X 10.9 also includes improved support for multiple displays, a better Notification system, and iCloud Keychain. It is available as a free download in the Mac App Store. See also: Chitika Insights Reports Hugely Impressive OS X Mavericks Adoption. 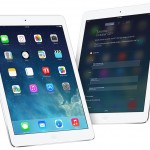 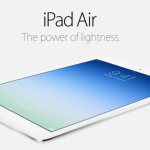 JD Power Explains That Samsung's Tablets Beat Apple On Cost, Not Quality
Nothing found :(
Try something else