You are using an outdated browser. Please upgrade your browser to improve your experience.
by Joe White
October 25, 2013
It looks like offering OS X Mavericks as a free Mac App Store download has worked. Because according to research firm Chitika Insights, in terms of user adoption Apple's new Mac OS is looking to be three times more popular than last year's OS X Mountain Lion. The news reached us in a report from Chitika Insights, which explains that a mere 24 hours after its release, OS X Mavericks held an impressive 5.5 percent share of the Mac OS market. Last year, OS X Mountain Lion held just 1.6 percent of the market one day after its release, indicating how popular Mavericks has so far proved to be. As Chitika explains:

To quantify initial OS X Mavericks adoption, Chitika Insights sampled millions of U.S. and Canadian Mac OS X-based online ad impressions running through the Chitika Ad Network. The data used within the analysis were drawn from impressions catalogued across the time frame of October 22 through October 23, 2013. For comparison, the 24-hour OS X Mountain Lion adoption data we catalogued last year is overlaid on the same graph. Please note that OS X 10.8 and 10.9 data are graphed on a 24-hour rolling and 4-hour rolling average, respectively.

The results are outlined in the above chart. Of course, price isn't the only factor at hand. Over the past few years, and particularly since the introduction of its Mac App Store, downloading and installing new iterations of Apple's Mac OS has become a pain-free task. Much like Apple's over-the-air iOS updates, then, both casual and power Mac users are encouraged to upgrade their OS year over year in a move that results in impressive adoption figures, while of course ensuring at the same time that Mac owners enjoy the best experience possible on their desktop computer or laptop. As Chitika concludes, given that Mavericks is free (rather than $19.99, as with Mountain Lion), it seems Mac users have been further encouraged to give the new OS a whirl this time around:

It'll be interesting to see how OS X Mavericks adoption continues over the forthcoming weeks and months. We'll keep you updated with further information as we receive it. In the meantime, see: The Award-Winning BADLAND Goes Spooky, Gets New Levels In Time For Halloween , New iOS 7 Design, Annotation Copy-Paste And More Highlight iAnnotate PDF 3.0, and Apple's iPad 2 Theory? If They Still Buy It, We'll Keep On Selling It. 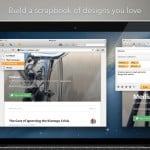 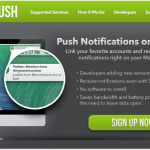