You are using an outdated browser. Please upgrade your browser to improve your experience.
by Joe White
November 3, 2013
Henri Lamiraux, Apple's vice president of iOS Engineering, has retired from Apple. The news comes in a change made to the former vice president's LinkedIn page (pictured above), which now reflects his retirement from the Cupertino, Calif. company. In a recent report, 9to5Mac adds that Lamiraux decided a "little while ago" that he would leave Apple following the launch of iOS 7. The publication adds that the former vice president left soon after the release of iOS 7.0.3, a minor software update which reached our iDevices back on Oct. 22. The publication explains:

Sources within Apple’s iOS division say Lamiraux is respected and he was in charge of developing the applications that come with iOS. The executive also led feature-implementation across the operating system, and he managed both bug-fixing processes and feature distribution to consumers. He also managed the frameworks within the operating system that power features and allow developers to build applications.

The website adds that according to sources, Lamiraux essentially became "the head of iOS" back when Craig Federighi, Apple's "rising star," took the role of senior vice president of Software Engineering - a position that concerned both iOS and OS X, rather than the mobile operating system alone. As such, Lamiraux's departure is a big loss for Apple, which is expected to have started work on iOS 8 already. Though little has surfaced online concerning next year's anticipated iOS update, rumors and job postings surrounding improvements to the Maps apps, and particularly the potential of a new "Transit" mode, have indicated that Apple's mapping service is set to get smarter. We'll keep you updated with further information as we receive it. In the meantime, see: How Do You Like This Impressive "iPhone Air" Concept?, Today’s Apps Gone Free: Actions, Runtastic Squats Trainer, USB Flash Drive And More, and ModCloth Updated With 'Fit For Me' Feature To Help You Find The Perfect Fashion Fit. 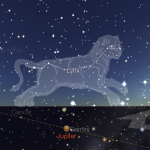 Keep On Stargazing Under iOS 7 In Star Walk's Latest Update 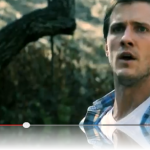 Cause Of Death: Apple’s iOS 7?
Nothing found :(
Try something else