You are using an outdated browser. Please upgrade your browser to improve your experience.
by Brent Dirks
November 26, 2013
Like most kids, I always enjoyed making my own paper airplanes and seeing how far they could fly. But my design and folding skills were always subpar, and my creations usually crashed to the ground very quickly. Now, any paper airplane I make can really take flight with the PowerUp 3.0 seeking funding on Kickstarter. The project is definitely genius, and it all depends on a module powered by Bluetooth 4.0 technology. Here’s a quick video about the project. Click here if you can’t see it. With a range of up to 180 feet, the plane is piloted with the companion app that controls the rudder and propeller. The built-in battery can power the module for up to 10 minutes of flight before needing to be recharged. And since, obviously, there’s no way to land a paper airplane without it crashing, the module is made with a crash-proof carbon frame and bumper. Even though the funding campaign has only begun today, more than $29,000 has been raised on a goal of $50,000. So it’s a pretty good bet that backers will get the final product. Right now, you can snag a PowerUp 3.0 module for as low as a $30 pledge. For just $10 more, the basic package contains a smart module, a spare propeller, five sheets of PowerUp-certified paper templates and a quick charging battery pack. Most backers of the project should see their system delivered around May 2014. If you just can’t wait that long, a $250 or more pledge will net you the beta package that includes two prototypes sent in February. Just to note, the Kickstarter page says the module is only compatible with the iPad mini along with the iPhone 4s and up. Count me in as a backer. The project sounds great, and I can’t wait for my paper masterpiece to really take flight. For other news today, see: Some Last Minute Black Friday Deals Have Been Announced, Apple iPhone 5s Availability Rises To 90 Percent In The US, and Grand Theft Auto: San Andreas Is Arriving On Mobile Devices In December. 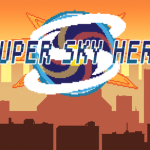 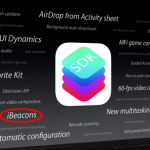 Apple Planning On Integrating iBeacon Technology Within Retail Stores
Nothing found :(
Try something else