You are using an outdated browser. Please upgrade your browser to improve your experience.
by Bryan M. Wolfe
November 8, 2013
We’re still waiting for the official release of the iPad mini with Retina display. That wait could be a little longer — at least for many would-be buyers. It appears that Sharp is having significant issues manufacturing the advanced IGZO display technology used in the new device. As a result, Apple has asked Samsung to come on board to help increase supply, according to ETNews. According to the report, Sharp’s manufacturing technique is causing burn-in on an unknown percentage of produced displays. While not visible to the naked eye, the affected panels can’t be used because they don’t conform to Apple’s Retina display standards. The Japanese-based company is said to be responsible for 40 percent of all iPad mini with Retina display orders, with LG taking the other 60 percent. The addition of Samsung will change those percentages, of course. Unfortunately, that won’t happen until 2014. First announced alongside the iPad Air on Oct. 22, the iPad mini with Retina display is supposed to launch “later in November.” However, Apple CEO Tim Cook has already warned that supply will almost certainly not keep up with early demand. Last month, Rhonda Alexander, director of tablet research at IHS, noted that Apple would have a hard time keeping up with demand for the new iPad mini during the holiday quarter. She said that supply is one third the size of its shipments from this time last year. ”Apple’s 2013 iPad shipment growth is shaping up to be comparatively modest and the shift in launch cycles has played a major role in the slowdown.” Alexander’s comments followed those of KGI Securities analyst Ming-Chi Kuo, who said iPad mini supplies would be “highly constrained.” For more information, see: The First iPad Air Reviews Are In: Form Factor, Power And Battery Life All Praised, and Adoption Of Apple's iPad Air Is Already 5 Times That Of The iPad 4. 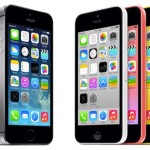