You are using an outdated browser. Please upgrade your browser to improve your experience.
by Joe White
October 19, 2013
In a report published earlier today, Ming-Chi Kuo with KGI Securities has the latest on what his firm expects Apple to announce next week, at its iPad-themed media event. Like all of us, Kuo hopes for a fifth-generation 9.7-inch iPad and a second-generation iPad mini to be unveiled during Apple's event. The analyst also anticipates a refreshed MacBook Pro, too, and in his research note he offers an opinion on what consumers can expect from each product. The iPad 5, then, will be 20 percent thinner than its predecessor, and will have narrower bezels, too, just like the iPad mini. In this respect, the description offered by Kuo matches most of the previous iPad 5 rumors to have surfaced online: for some time, we've been expecting an iPad mini-inspired 9.7-inch iPad to launch from Apple, and Ming-Chi Kuo argues that this is indeed in the cards for next week. He also expects the fifth-generation iPad to offer a 64-bit Apple A7X processor, and an eight megapixel camera with a larger aperture. In his research note, which reached us from 9to5Mac, Kuo goes on to claim that an iPad mini with Retina display is indeed set to launch, too. This will have a resolution of 2,048 by 1,536, and will remain 7.9-inches; he adds that the iPad mini 2 is expected to feature the same Apple A7 processor that appears in the iPhone 5s. Kuo notes, however, that he doesn't believe either iPad will feature Apple's fingerprint scanning Touch ID. This, he writes, is due to production problems - Apple isn't able to make enough for the iPhone 5s, Kuo claims, let alone two new iPad models. In more positive terms, the research note predicts a gold color option for both the 9.7-inch iPad and the iPad mini. Three color options, then, should be available: space gray, white and silver, and white and gold. Departing from his iPad-centeric discourse, Kuo also anticipates a refreshed MacBook Pro to be announced during Tuesday's media event. As 9to5Mac explains:

the analyst expects the MacBook Pro line to get updated with Haswell processors and an updated HD camera. We’d also expect the PCIe SSDs and 802.11ac networking that MacBook Airs and iMacs received over the past few months.  The biggest change will be the battery savings which should push life to over 10 hours from the current amounts which start at about 3-4 hours in real world testing.

It'll also be interesting to see if Apple continues to offer its non-Retina display MacBook Pro. All in all, then, the research note from KGI Securities corroborates with much of what we've heard already, and the only crucial aspect of Apple's plans which remains largely disputed among analysts and commentators is whether the company is planning on adding Touch ID to its 9.7-inch iPad and iPad mini. Of course, we'll know nothing for certain until Apple makes the announcements on stage, this coming Tuesday. As a reminder, the media event is set to begin at 10 a.m. PDT, and we'll be covering the day's news from start to finish. In the meantime, see: Apple's Most Popular iPhone 5s Is ... "The Kardashian Phone?", U.S. Cellular To Offer Apple's iPhone 5s, iPhone 5c From Nov. 8, and New Report Offers Precise Details Concerning iPhone 5s, iPhone 5c Production. 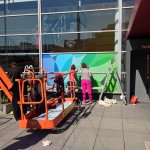 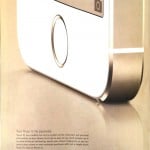