You are using an outdated browser. Please upgrade your browser to improve your experience.
by Bryan M. Wolfe
November 18, 2013
Back in June, the first report surfaced that Verizon Wireless had been handing over the telephone records of millions of its subscribers to the National Security Agency. This led to the surveillance scandal, which continues to this day. Today, Nov. 18, the Supreme Court of the United States (SCOTUS) weighed in on whether the Foreign Intelligence Surveillance Court (FISA) exceeded its narrow statutory authority when they allowed the NSA to request and receive the user data from Verizon. Unfortunately, the news isn’t good. According to the SCOTUSblog, the highest court in the U.S. has refused to hear an NSA-challenging case brought forward by the privacy group Epic, or the Electronic Privacy Information Center. As a result, the FISA decision stands, at least for now. Speaking to The Verge, Epic lead counsel Alan Butler states that "Now that this secret surveillance program has been disclosed, and now that Congressional leaders and legal scholars agree it is unlawful, we have a chance for the Supreme Court to weigh in.” The case is In Re Electronic Privacy Information Center, Petitioner, No. 13-58. See also: Apple Points The Finger At The FBI Over Security Requests, Tech Companies Want Greater Transparency After NSA Fiasco, and Apple, Tim Cook And Other Big Tech Companies Sued Over PRISM. 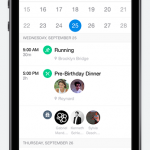 Sunrise Calendar Users Are Being Alerted About A Security Breach 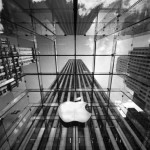 Apple Points The Finger At The FBI Over Security Requests
Nothing found :(
Try something else