You are using an outdated browser. Please upgrade your browser to improve your experience.
by Bryan M. Wolfe
December 10, 2013
Michael Pallad, the former senior vice president of National & Network Sales at Cumulus Media, is now working for Apple. The executive is leading the company’s international advertising sales force for iTunes Radio. According to AdAge, Pallad started at Apple on Dec. 2, and spent the last week at the company’s Cupertino, Calif. campus. He is reporting to Todd Teresi, vice president of Apple's iAd unit. The report notes that Pallad’s appointment “suggests that Apple plans to make a stronger play at the $1.56 billion U.S. digital radio advertising market.” Apple launched iTunes Radio earlier this year with a number of large sponsors including Nissan, Pepsi, and Procter & Gamble. Those deals are expected to expire before the end of this year. Going forward, Cupertino is asking advertisers to sign 12-month commitments that are worth at least $1 million apiece. At Cumulus, Pallad led all sales operations and the company’s national sales platform. Prior to this, the Arizona State University graduate served as Citadel Broadcasting’s executive vice president of sales. Cumulus is the second largest owner of AM and FM radio stations in the United States. It also operates syndicated radio brands like ABC News Radio, CBS Sports Radio, and the American Country Countdown. In total, it has more than 150 million weekly listeners. Adam Schlachter, the senior vice president of media at DigitaLBi, says that Apple’s hiring of Pallad is a big deal, noting:

To have someone at the helm with that much experience and connections [Mr. Pallad] must have and the knowledge he would bring to the party, it will only help to continue to make the case for [iTunes Radio] as a viable alternative or a considered part of the mix given the volume of streaming audio consumed.

Apple’s iTunes Radio is only available in the U.S. However, the service is likely to expand into other countries early next year. See also: Songs For The Philippines Released On iTunes To Aid Typhoon Haiyan Relief, Surprise: iTunes Radio Doesn't Seem To Be A Pandora-Killer, After All, and Has Apple’s iTunes Radio Claimed Its First Victim? 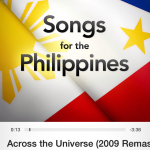 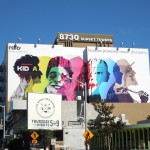 Has Apple’s iTunes Radio Claimed Its First Victim?
Nothing found :(
Try something else