You are using an outdated browser. Please upgrade your browser to improve your experience.
by Bryan M. Wolfe
December 11, 2013
Smartphone penetration now stands at 75 percent in the United States. With this in mind, AT&T CEO Randall Stephenson believes the time has come for carriers to move away from subsidizing handset purchases, according to CNET. Speaking to AT&T investors, Stephenson says that carriers can no longer afford to fund a continuous smartphone upgrade cycle. Instead, they need to focus on getting the customers to use more of the network. He notes:

When you're growing the business initially, you have to do aggressive device subsidies to get people on the network. But as you approach 90 percent penetration, you move into maintenance mode. That means more device upgrades. And the model has to change. You can't afford to subsidize devices like that.

Stephenson says the AT&T Next program, and recently introduced Mobile Share Value plans are just two of the ways his company hopes to move customers away from subsidized devices. Under the AT&T Next plan, customers are able to purchase a new handset with no money down and pay a monthly fee for 20 months as part of their monthly bill. The handset can be traded in after one year for an upgrade, at which point a new 20-month cycle starts based on the price of the device. The recently introduced Mobile Share Value plans could mean savings averaging $15 per month. To qualify for the discount, users must transfer their current device to AT&T, buy a handset without a subsidy, or have their current contract expire. The savings also apply to customers who finance their new smartphone purchases through the AT&T Next program. It will be interesting to see how this all works out. I love getting a new smartphone each year. However, I’m probably the exception to the rule. Turning off subsidized handsets completely could prove difficult. See also: T-Mobile Drops The Upfront Cost Of iPhone 5s, iPhone 5c In Time For The Holidays. 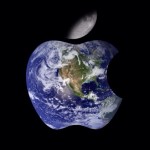