The news hit the Web in a press release in which the so-called “un-carrier” explained: “T-Mobile continues to spread holiday cheer with our most affordable out of pocket prices on wireless devices. Starting December 11, T-Mobile is dropping the upfront price of some of the most popular iPhones to $0 down for well-qualified new and existing customers.”

Plus, customers can also pick up Apple's Wi-Fi + Cellular iPads for $0 down, too; the iPad Air will set customers back 24 monthly repayments of $26.25, while repayments for the iPad mini with Retina display stand at $22.08. There's also a first-generation iPad mini on offer from T-Mobile at $17.91 per month, and this, too, doesn't require a downpayment as part of the promotion.

All iDevices included as part of T-Mobile's limited-time offer are the 16GB models. The carrier adds that the $0 down promotion will be available “nationwide at participating T-Mobile retail stores, select dealers and online.”

So far, it's not known how long the offer is set to run for, but we'll update this article if we hear anything.

In the meantime, see: Apple's Expanded Stonestown Retail Store To Reopen On Dec. 14, Use Your Favorite Locations To Trigger Your Favorite IFTTT Recipes With LIFTTT, and All-In-One Dashboard App Status Board Updated With Dropbox Integration And More. 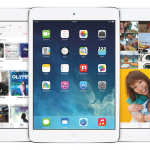 Our Tips For Safely Buying An iPad This Holiday Season 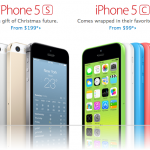 Apple Is Now Shipping The iPhone 5s Within 24 Hours As Christmas Deadline Nears
Nothing found :(
Try something else