You are using an outdated browser. Please upgrade your browser to improve your experience.
by Bryan M. Wolfe
December 18, 2013
The iPhone 5s is likely to be on many holiday wish lists this season. But we all know the “iPhone 6” is coming. When that will happen remains an open question. Since the iPhone 4s was launched in October 2011, each subsequent Apple handset has been released in the fall. Prior to this, early summer releases were the norm. So what does the crystal ball say about the 2014 iPhone release date? It’s murky, at best. Chinese tech site Epoch Times says the new batch of iPhones won’t be released until next October. Bloomberg News, which was the first to report that Apple was working on two curved iPhone models for 2014, also assumes a fall release date. Throwing a wrench in all this is a new report from Inventors Business Daily. In it, Susquehanna Financial Group analyst Mehdi Hosseini says that the iPhone 6 will likely come out in June or July 2014. According to Hosseini, the new phone is “expected to be a more meaningful product refresh” than the two iPhone versions launched this year. "Although there is no color yet on the iPhone 6 specs, our recent checks in Taiwan and Korea suggest Apple has already begun negotiating with its memory suppliers to secure capacities.” Who’s right, of course, is anyone’s guess. What we do know with near certainty is that the next crop of iPhones should be vastly different from the current iPhone 5s and iPhone 5c. Whether that difference is important enough to justify an earlier release date, remains to be seen. Personally, I’d like to see Apple maintain its current release schedule. In June, they should announce iOS 8 at the annual Worldwide Developers Conference. This would be followed by a few months of iOS 8 beta testing, with an entire iOS device refresh happening in September and October. As usual, we’ll keep you updated. When would you like to see Apple release the next-generation iPhones? Photo: iPhone 6 concept, Ciccarese 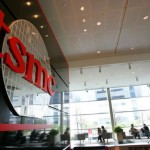 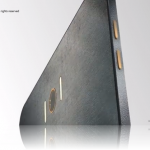