You are using an outdated browser. Please upgrade your browser to improve your experience.
by Bryan M. Wolfe
December 30, 2013
Here is some news that isn’t exactly comforting. The United States National Security Agency (NSA) has the ability to snoop on nearly every form of communication occurring on an iPhone. This news comes from leaked documents that were recently unveiled by security researcher Jacob Appelbaum, speaking at the Chaos Communication Conference in Hamburg, Germany. As noted on The Daily Jot, the NSA employs a program called DROPOUTJEEP, which can intercept SMS messages, access contact lists, locate a phone using cell tower data, and activate the device’s microphone and camera. This program has a “100 percent success rate when it comes to implanting iOS devices with spyware.” For now, the NSA needs physical access to a device to install the spyware. This has been achieved by rerouting shipments of devices purchased online. A remote version of the exploit is also in the works. 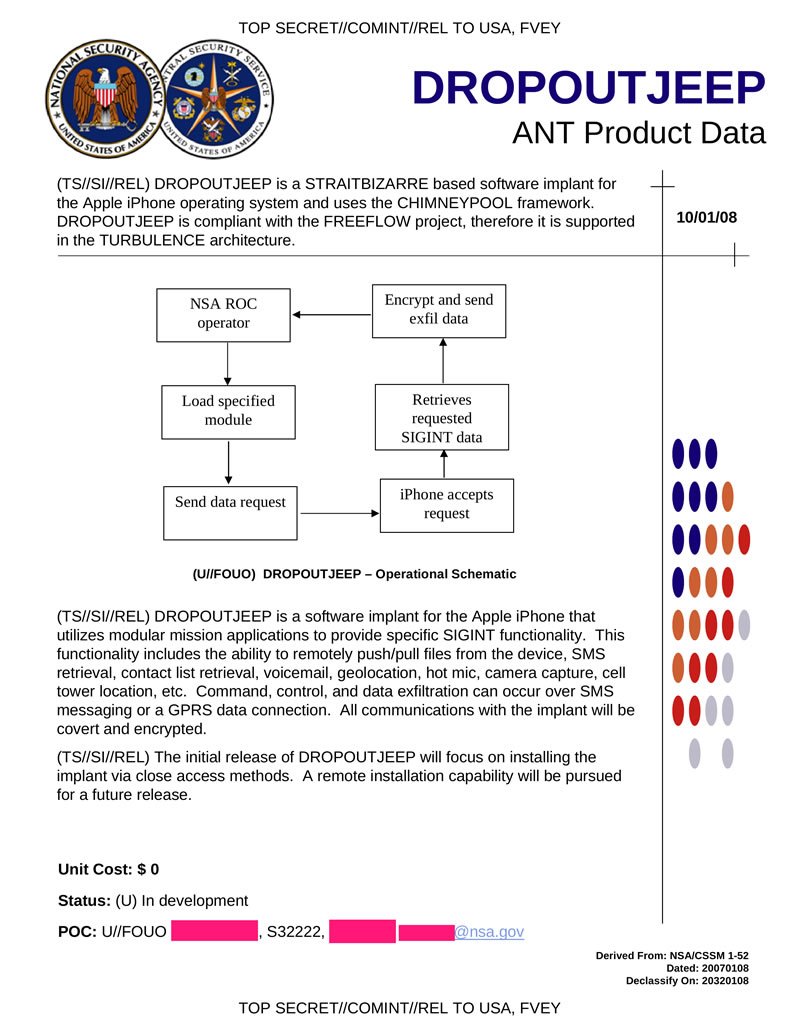 “Either [the NSA] have a huge collection of exploits that work against Apple products, meaning they are hoarding information about critical systems that American companies produce, and sabotaging them, or Apple sabotaged it themselves.” “Do you think Apple helped them with that?” Appelbaum asked. “I hope Apple will clarify that.”

Indeed they should, no? Here's Appelbaum's entire presentation: http://youtu.be/b0w36GAyZIA Earlier this month, Apple, along with seven other technology companies, published an open letter to Washington politicians demanding changes be made to the U.S. government's surveillance activities. As Joe White first noted, the letter stated:

An open letter to Washington Dear Mr. President and Members of Congress, We understand that governments have a duty to protect their citizens. But this summer’s revelations highlighted the urgent need to reform government surveillance practices worldwide. The balance in many countries has tipped too far in favor of the state and away from the rights of the individual — rights that are enshrined in our Constitution. This undermines the freedoms we all cherish. It’s time for a change. For our part, we are focused on keeping users’ data secure — deploying the latest encryption technology to prevent unauthorized surveillance on our networks and by pushing back on government requests to ensure that they are legal and reasonable in scope. We urge the US to take the lead and make reforms that ensure that government surveillance efforts are clearly restricted by law, proportionate to the risks, transparent and subject to independent oversight. To see the full set of principles we support, visit ReformGovernmentSurveillance.com Sincerely, AOL, Apple, Facebook, Google, LinkedIn, Microsoft, Twitter, Yahoo

On Sunday, Dec. 29, AppAdvice called the discovery of the NSA spy ring the top Apple story of the year. This latest news suggests it could make our 2014 list as well. 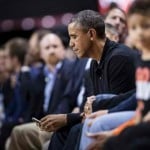 Apple CEO Tim Cook And Other Top Tech Execs To Meet With President Obama On Dec. 17