Despite reports indicating that China Mobile would offer the iPhone from Dec. 18, confirmation of Apple’s partnership with China’s largest carrier still hasn’t been announced. Now, one analyst claims that poor iPhone 5c sales could have triggered renegotiations between the two companies.

The opinion is that of KGI Securities’ Ming Chi-Kuo, who outlines his views in a research note obtained by AppleInsider. He said: “We believe that weak sales of iPhone 5c may trigger a re-negotiation of the Apple-China Mobile partnership. However, the indications are that the deal is nearing an end. While recent market speculation calls for the deal to boost 1Q14 iPhone shipments to 45–50mn units, we think this is overly optimistic.”

Here, Kuo refers to the opinions of several industry colleagues, who have claimed that Apple’s iPhone could see astronomical sales once it launches with China Mobile. Certain individuals expect China Mobile alone to account for as many as 38.7 million iPhone sales in 2014, as our original article explained:

The analyst continues to note that demand in China for a lower-priced TD-LTE-compatible iPhone 5c handset has declined “dramatically” in recent weeks, and according to Kuo, subscribers are far more interested in the more expensive iPhone 5s smartphone.

Due to the swing in demand, Kuo pegs TD-LTE iPhone 5c shipments at 1.0 to 1.5 million units in the fourth quarter of 2013 and under one million for the first quarter of 2014. This is apparently well below Apple’s original production plan and would possibly require a renegotiation with the world’s largest wireless provider.

China Mobile has more than 740 million subscribers on its books, and as such it’s easily the biggest carrier operating in the world’s largest smartphone market. Apple is clearly interested in signing a deal with the network, however China Mobile’s huge subscriber base appears to be providing the carrier with a sizeable degree of leverage when it comes to settling on an iPhone deal with Apple. 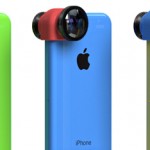 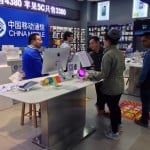 New Survey Claims China Mobile Could Sell At Least 12 Million iPhones Next Year
Nothing found :(
Try something else