You are using an outdated browser. Please upgrade your browser to improve your experience.
by Brent Dirks
December 10, 2013
It shouldn’t come as a huge surprise, but Siri is getting smarter. Piper Jaffray Analyst Gene Munster took some time away from his crazy Apple TV rumors to look at the accuracy of Apple’s personal assistant. MacRumors cited his most recent report. With iOS 7, Siri is getting much better interpreting questions it is asked:

The primary improvement between Siri in iOS 6 and iOS 7 came from its performance in noisier areas, where Siri was able to translate better through a noisy environment (94% vs. 83% correct in Aug iOS 6). Based on our testing, iOS 7 Siri's net ability to answer questions (factors in questions not correctly understood) improved to 79% from 77% in August with iOS 6.

And Siri improvements are also occurring while Apple continues to depend less on Google and emphasize Bing, Wikipedia, and WolframAlpha. In the most recent round of testing, only 4 percent of Siri’s answers were from Google, compared with 17 percent in August, and 27 percent last December. Munster gave both Siri and Google Now “C+” grades, a big change from a year ago when Google’s assistant received a much higher score. According to the analyst, Siri performed better with operating system controls while Google Now was somewhat ahead in content areas like commerce and information. I strongly agree with Munster’s findings. After once and for all shedding the “beta” tag, Siri has taken a big leap forward with iOS 7. I can now actually call the personal assistant useful in my day-to-day routine. If you’re new to Siri, definitely take a look at our beginner’s guide to using the feature in iOS 7. Along with showing users how to select a male or female voice for the assistant, our own Bryan M. Wolfe also highlights some advanced features. 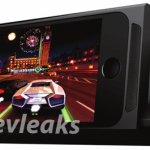 Razer Is Working On Their Own iOS Game Controller 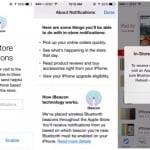