You are using an outdated browser. Please upgrade your browser to improve your experience.
by Joe White
December 16, 2013
Company: BRAVEN Product: BRAVEN 710 Price: $169.99 Compatibility: All iDevices (using Bluetooth or a wired connection) Website: www.braven.com Date: Dec. 16, 2013 BRAVEN 710 is a surprising little speaker. It's a fair bit smaller than Cambridge Audio's super-portable Minx Go (which we reviewed last week), and it even promises to offer a degree of water resistance, too. But crank up the volume on your iPhone, iPad, or iPod touch and you'll also be amazed at how high BRAVEN 710 can climb; it's a small speaker, for sure, but this product nevertheless packs a big punch.

BRAVEN 710 is a great speaker: it's small but powerful, and offers users tons of impressive, useful features. The reality, however, is that certain users may find some (if not all) of BRAVEN 710's “extra” features not so useful, and if you fall into this category, you could get hold of a speaker that offers similar quality (or even better) audio playback for a lower price. Cambridge Audio's Minx Go would be one such option. But if, on the other hand, you could see yourself taking advantage of some - or even all - of the additional features offered by BRAVEN 710, this speaker is worth its price and we don't think you'll be disappointed. 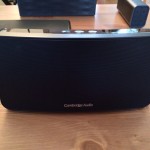 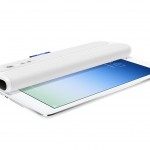 Boost Your iPad Using The Speaker-Equipped soundPad Air Cover
Nothing found :(
Try something else