You are using an outdated browser. Please upgrade your browser to improve your experience.
by Aldrin Calimlim
December 24, 2013
Square Enix has just come out with a new teaser for the mobile version of its Final Fantasy VI game in the form of a trailer, the first for the highly anticipated iOS and Android port. Clocking in at a minute and 15 seconds, the trailer doesn't begin to show actual game footage until its halfway mark. And even then, the game footage is oddly shown in a small window in the center of the video, set against a background displaying a slide show of Final Fantasy VI artwork. Check out the trailer below: If you can't see the video embedded above, please click here. If nothing else, the trailer suggests that the Final Fantasy VI mobile port is going to be, well, little more than a mobile port. But Square Enix director Takashi Tokita has said that Final Fantasy VI for iOS and Android is ...

... basically like a remake of the original VI. But there have been some enhancements. The battle systems have been altered for the other [mobile remakes] for Final Fantasy and VI will be the same. For instance grinding was an issue and people had to spend a lot of time leveling up. Now on the mobile devices the battle systems have been adjusted so you don’t have to fight as much and can enjoy the game for what it is. 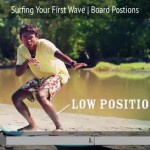 Curiouser And Curiouser: Learn New Stuff While On The Go With Curious For iPhone
Nothing found :(
Try something else