You are using an outdated browser. Please upgrade your browser to improve your experience.
by Aldrin Calimlim
December 10, 2013
Wondering what Scott Forstall has been up to since his dismissal from Apple? The Information has some, well, information on that matter. As noted by Business Insider, Apple's former head of iOS Software has been doing some traveling, advising startups, and engaging in philanthropic work:

Amir Efrati at new technology site The Information is reporting that Forstall spent the year traveling to Italy and South Africa. He also advised a few startups, and became more philanthropically involved, focusing on education, poverty, and human rights.

Check out the full report on The Information. The Information, by the way, is the newly launched subscription-based technology site founded by former The Wall Street Journal reporter Jessica Lessin. Once considered a likely successor to Apple CEO Tim Cook, Forstall was shown the door at Apple in October last year mainly because of widely criticized issues in the Maps app debuted by the company in iOS 6. He had led the development of iOS since its launch as iPhone OS in 2007. Following his departure, iOS has significantly evolved under the direction of Apple design chief Jony Ive. Most notably with iOS 7, which was released last September, Apple has effectively done away with the skeuomorphic design approach long championed by Forstall. 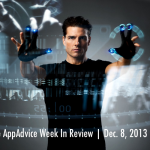 The AppAdvice Week In Review: Amazon Drones, Apple iBeacons And Losing An Icon
Nothing found :(
Try something else