You are using an outdated browser. Please upgrade your browser to improve your experience.
by Bryan M. Wolfe
January 10, 2014
Apple Computer, Inc. was born on Jan. 3, 1977 when the company became incorporated. Thirty years ago, on Jan. 24, 1984, Apple released the world's first Macintosh. On Jan. 9, 2007, the late Apple CEO Steve Jobs proclaimed "Apple is going to reinvent the phone," and he was correct. The iPad was announced on Jan. 27, 2010. January has been an important month in the history of Apple. As we celebrate this month of anniversaries, we look back at 15 events that shaped the company during the past 37 years. Apr. 16, 1977 The Apple II is introduced at the first West Coast Computer Faire. It includes a MOS Technology 6502 microprocessor running at 1Mhz, 4KB of RAM, and an audio cassette interface. Dec. 12, 1980 Apple goes public at $22 per share. When it does, it generates more capital than any IPO since Ford Motor Company in 1956. Within moments, the world has 300 new millionaires. Jan. 22, 1984 Steve Jobs and Apple introduce the “1984” commercial during Super Bowl XVIII which pits the Washington Redskins against the eventual winner, the Los Angeles Raiders. The ad is still considered one of the best ever created. Jan. 24, 1984 http://www.youtube.com/watch?feature=player_detailpage&v=VtvjbmoDx-I Two days after “1984” airs, Jobs introduces the world to the very first Macintosh. It becomes the first commercially successful personal computer to feature a mouse and a graphical user interface. Before the end of 1985, Jobs leaves Apple. For nearly a decade, the company is in decline. July 9, 1997 Apple CEO Gil Amelio is ousted and Jobs returns as interim CEO. Eventually, interim would be dropped from his title.  Aug. 15, 1998 Cupertino unveils a new all-in-one computer called the iMac that was created by Jony Ive. The executive, of course, who later help create the iPhone, iPad and next-generation Macs. May 19, 2001 Apple opens the company’s first two retail stores in Virginia and California. By the end of 2012, that number had risen to almost 400 stores worldwide. Oct. 23, 2001 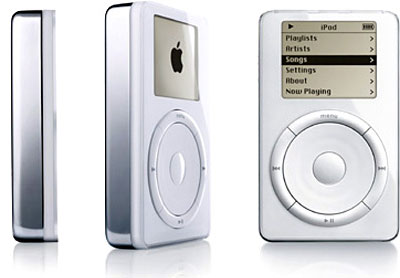 The iPod is announced which reboots the entire music industry. Apr. 28, 2003 The iTunes Music Store launches. Users are now able to download songs and albums legally on their computers and place them on mobile devices. Later, books, TV shows, movies, and of course, apps were added to the iTunes store. Jan. 9, 2007 http://youtu.be/6Bvfs4ai5XU Apple Computer, Inc. becomes Apple, Inc. since the company was no longer focused solely on computers. They also used the event to announce the iPhone. June 29, 2007 The first iPhone goes on sale. Since then, sales for Apple’s smartphone have increased each year. July 10, 2008 The App Store opens, offering third-party developers a way to sell their products for use on the iPhone/iPod touch, and eventually, the iPad. Apr. 3, 2010 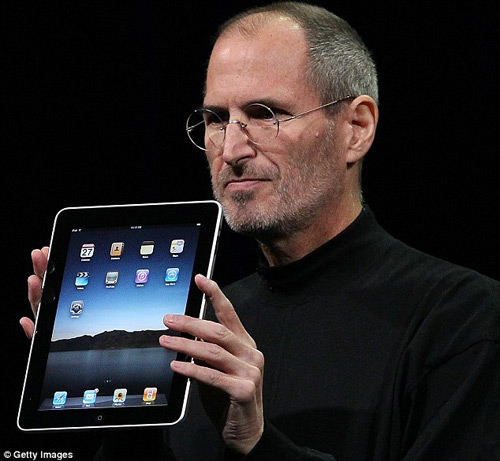 The first-generation iPad is launched in the U.S. Apple would sell 500,000 units before the end of the first week. Oct. 5, 2011 At 56, Jobs dies. In August, he had resigned as Apple CEO and was replaced by Tim Cook. Dec. 19, 2013 Apple finally releases the second-generation Mac Pro. The cylindrical device takes up about one eighth the volume of previous models. Its arrival shows that Apple hasn't forgotten its roots as an innovator. What has been your favorite Apple moment? 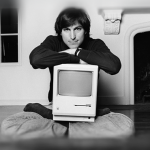 Get Your Tickets Now For The Macintosh 30th Anniversary Event 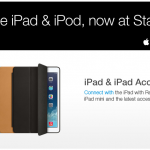 Staples Starts Selling Apple's iPad In Retail Stores After Online-Only Availability
Nothing found :(
Try something else