You are using an outdated browser. Please upgrade your browser to improve your experience.
by Aldrin Calimlim
January 29, 2014
In his recently delivered State of the Union address, President Barack Obama acknowledged Apple and a handful of other tech companies with regard to the state of education in the U.S. Specifically, Obama mentioned Apple, Microsoft, Sprint, and Verizon for their participation in ConnectED, a Federal Communications Commission (FCC) plan to provide high-speed Internet service to nearly all schools in the U.S. "Last year I also pledged to connect 99 percent of our students to high-speed broadband over the next four years," Obama said. "Tonight I can announce that with the support of the FCC and companies like Apple, Microsoft, Sprint and Verizon, we've got a down payment to start connecting more than 15,000 schools and 20 million students over the next two years, without adding a dime to the deficit." In a statement to The Loop, Apple confirmed its participation in ConnectED, suggesting that a number of its divisions are involved in the project. “We are proud to join President Obama in this historic initiative to transform America’s schools,” Apple said in its statement. “Apple has a long history in education, and we have pledged to contribute MacBooks, iPads, software and our expertise to support the ConnectED project. We look forward to announcing more details with the White House soon.” 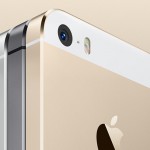 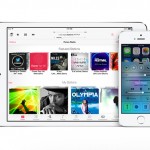 Apple: 80 Percent Of Devices Are Running iOS 7
Nothing found :(
Try something else