You are using an outdated browser. Please upgrade your browser to improve your experience.
by Bryan M. Wolfe
January 7, 2014
The folks over at Finances Online have published an infographic that looks at the top gadgets and technology of 2013. Apple products scored the highest in every category in which they competed, except for one. The publication notes the “Beautiful design, super-fast 64-bit processor, and fantastic camera” make the iPhone 5s “possibly the best smartphone ever made. As such, it is called the best smartphone of the year.

Apple’s "Slimmer and sexier" iPad Air is called the best tablet of the year. "A total package that combines portability, power and productivity." Meanwhile, the 13-inch MacBook Pro with Retina display is called the "best all-around laptop you can buy, with amazing battery life that can go 13.5 hours."

Despite its heavy praise for the iPhone 5s and iPad Air, Finances Online doesn't rate Apple's iOS 7 as the best operating system. Instead, that award goes to Android 4.4 KitKat. They note, "iOS 7 with its new flat UI remains an excellent operating system but doesn’t match the power and flexibility of its rival."

For the entire infographic, click here. See also: AppAdvice's Top 10 Apple Stories Of 2013 Features The iPhone 5s, 'iWatch' And More, No Longer A Gimmick, Qualcomm Admits: A7 Chip 'Hit Us In The Gut', and By 2017, 68 Percent Of US Smartphone Owners Could Be Using An iPhone. 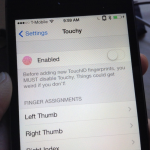 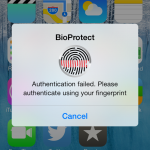 Two Popular Touch ID-Based Jailbreak Tweaks Now Work Together In Harmony
Nothing found :(
Try something else