You are using an outdated browser. Please upgrade your browser to improve your experience.
by Bryan M. Wolfe
January 30, 2014
Apple is an American company. Increasingly, however, the California-based company is relying on sales in China, Japan, and the Asia Pacific region to boost revenue, according to a new Fortune survey. Over the past four years, Apple has seen revenue drop in Europe and the Americas, both as a percentage of total revenue, and in dollar terms. In China/Asia Pacific and Japan, Apple has seen the opposite occur. 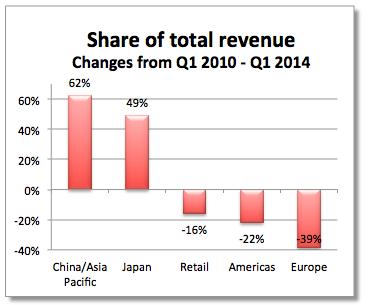 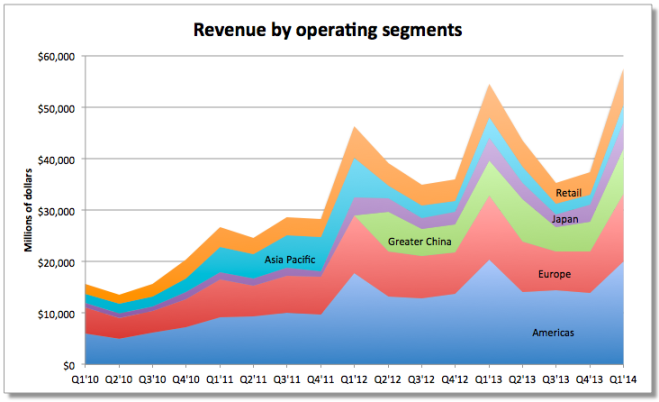 On Monday, Apple announced record quarterly sales for the iPhone and iPad, an unexpected uptick in Mac sales, and a profit of $13.1 billion on revenue of $57.6 billion. For more information, see: Apple CEO Tim Cook Talks China Mobile Deal In A Rare Television Interview, Making It Official: China Mobile To Begin Selling The iPhone 5C, and The Blame Game Has Begun After Weaker Than Expected iPhone Sales.

The Blame Game Has Begun After Weaker Than Expected iPhone Sales 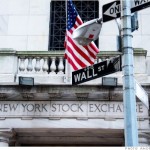 Apple Leaves Wall Street Unimpressed As Stock Drops In Early Trading
Nothing found :(
Try something else