You are using an outdated browser. Please upgrade your browser to improve your experience.
by Bryan M. Wolfe
September 6, 2013
China Mobile, the world’s largest cellular provider, will soon begin selling the iPhone. When an agreement between China Mobile and Apple Inc. is finally signed, it will end one of the longest courtships in technology, according to The Wall Street Journal. With a subscriber base of 700 million, China Mobile is seven times the size of the largest carrier in the United States, Verizon Wireless. They are one of the world’s last major operators that don’t yet carry the iPhone. According to the report:

Apple has asked Foxconn, its longtime contract manufacturing partner, to add China Mobile to the list of carriers slated to receive a new low-cost iPhone, one of these people said. It isn't clear when the phones would be delivered.

Apple has wanted an iPhone deal with China Mobile since at least 2009. However, Cupertino could never get past the company’s “uncommonly used mobile standard.” That will change with the arrival of Apple’s lower cost iPhone 5C, which is expected to feature a new chipset from Qualcomm. Both the iPhone 5C and iPhone 5S are expected to debut at next week's "special event" to be held in Cupertino, Calif. on Tuesday, Sept. 10 beginning at 10 a.m. PDT. A "satellite" event will follow just a few hours later in Beijing, China. For more information China Mobile and Apple, see Apple’s Media Event In China Should Feature Some Pretty Big News, The Launch Of An 'iPhone 5C' In China Would Be Bad News For Samsung, and Apple Is Once Again Making Overtures Towards China Mobile. 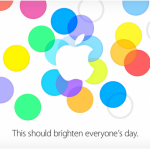 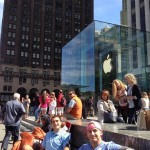 Lines Begin To Form Outside Key Apple Store As New iPhones Set To Arrive
Nothing found :(
Try something else