You are using an outdated browser. Please upgrade your browser to improve your experience.
by Bryan M. Wolfe
January 7, 2014
Satellite TV provider Dish Network will continue to give away free iPads to new customers in 2014. Later this month, however, the first-generation iPad mini will replace the iPad 2 as the gift of choice. First launched in June 2013, the promotion gives new subscribers the choice of an iPad instead of first-year programming discounts. To qualify, customers must sign up for the Hopper with Sling Whole-Home HD DVR, and a qualified programming package. In comments made at the Consumer Electronics Show, James Moorehead, Dish chief marketing officer notes “With the combination of the Hopper, our acclaimed mobile apps and now our free iPad Mini offer, DISH provides the industry’s best mobile video experience.” To qualify for the iPad mini promotion, customers must activate a new Dish service, sign a 24-month contract, and have verifiable credit. The minimum package includes the Hopper system and America’s Top 120 package. Fees include DVR and receiver charges. This offer is not available in Puerto Rico or the United States Virgin Islands. With the Wi-Fi only iPad mini priced at $299, this deal is a little bit less sweet than the one Dish offered last year. The Wi-Fi only iPad 2 was, and continues to be, priced at $399. Of course, the iPad 2 is a lot older than the iPad mini, so the difference is negligible. Dish Network's iPad mini promotion begins on Friday, Jan. 17. See also: Opinion: Why Apple Is Keeping The iPad 2 Around And Why It's A Ripoff, Dish Anywhere Will Soon Include Content Transferring For All iOS Devices, and The App Store Begins Prepping For The 2014 Winter Olympic Games In Sochi, Russia.

The App Store Begins Prepping For The 2014 Winter Olympic Games In Sochi, Russia 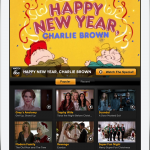 ABC Begins The New Year By Reconnecting The Cable Cord
Nothing found :(
Try something else