You are using an outdated browser. Please upgrade your browser to improve your experience.
by Aldrin Calimlim
January 20, 2014
The game's afoot! BBC has just released the official iOS app of "Sherlock," its hugely popular modern crime drama TV series adaptation of Sir Arthur Conan Doyle's Sherlock Holmes detective stories. Developed by The Project Factory, the app is called Sherlock: The Network. And it has iDevice-toting fans of the series joining Sherlock's network of modern Baker Street irregulars or amateur sleuths in London — you know, "that great cesspool into which all the loungers and idlers of the Empire are irresistibly drained." As a part of the network, you get to help Sherlock in solving a series of puzzles in order to crack an important case:

This official Sherlock app contains over 30 minutes of exclusive video content, games, and an entire mystery for you and Sherlock to solve. Answer Sherlock’s messages to source and deliver information to him at 221B Baker Street. Navigate virtual London in search of information. Communicate with Sherlock and others in The Network. The more valuable you are, the higher you will rise in the ranks...

If you can't see the video embedded above, please click here. Sherlock: The Network also notably features new and exclusive footage of Benedict Cumberbatch as the titular self-styled "high-functioning sociopath," Martin Freeman as his long-suffering sidekick Dr. John H. Watson, and series co-creator Mark Gatiss as his brother, Mycroft. Optimized for iPhone and iPod touch running iOS 6.0 or later, Sherlock: The Network is available now in the App Store in the U.K. and many other countries. It's scheduled to become available in the U.S. App Store for $4.99 on Jan. 27. "Sherlock" made its comeback after a two-year hiatus with the premiere of its third season (or "series" if you're from across the pond) on BBC last Jan. 1. The three-episode season concluded on Jan. 12. In the U.S., it premiered on PBS tonight, Jan. 19. [gallery link="file" order="DESC"] 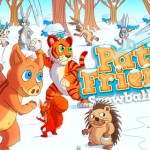 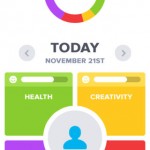 Achieve A More Optimized You With The New OptimizeMe Life-Logging App For iOS
Nothing found :(
Try something else