One new Kickstarter project promises iDevice users a $40 cable that features a built-in power bank. Following its debut at CES 2014, the product - called JUMP - can be supported online at its own Kickstarter Web page, and it’s available for both Lightning and micro-USB devices.

Of course, there are Lightning cables and power banks already available on the market, but JUMP combines both within one single product. It’s an interesting idea, allowing users to charge their iPhone either at a computer or wall outlet, or outside of the house.

Once your iDevice has fully charged, JUMP will route power over to its built-in power bank in order to auto-charge, and the lightweight product (at just 40 grams) can be packed inside a rucksack, laptop back, or even a pocket.

The folks behind JUMP explain:

Unlike power banks, JUMP charges automatically every time you charge your phone, giving you complete reassurance that whatever situation you are in, there’s always power in your pocket.

AutoCharge™ is an efficient circuit prioritization system that detects when the battery inside your smartphone is full, and automatically redirects the power to charge the batteries inside JUMP.

JUMP’s battery isn’t too impressive, but at 800 mAh it’s enough to add around a third of battery life to an iPhone 5s or iPhone 5 handset - that’s an additional three hours and 50 minutes of talk time.

You can support JUMP for a pledge of $40, and this will preorder you a JUMP charger (since the project has already reached its funding goal). Plus, once you’ve made your first pledge, additional JUMPs will only set users back $35 each.

For more information, head over to JUMP’s Kickstarter Web page.

See also: Steve Wozniak Claims “Chinese Apple” Could Challenge iPhone’s US Market Share, CES 2014: Could ZTE’s Modular Handset Be The Future Of The Smartphone?, and Cydia Tweak: WinterBoard Gets Updated For iOS 7, ARM64-iDevices. 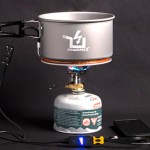 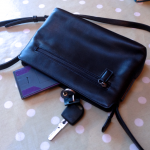 Plinth Is An iPad Stand You Can Take With You Wherever You Go
Nothing found :(
Try something else