You are using an outdated browser. Please upgrade your browser to improve your experience.
by Bryan M. Wolfe
January 13, 2014
Folks in New York City love iPhones — or rather, they love stealing them. New figures from the NYPD show grand larcenies in the nation’s largest city have remained steady, despite a fall in crime overall. The reason? Thieves are snatching cellphones and electronic devices, especially Apple products, according to The Wall Street Journal. In 2013, there were 8,465 thefts involving products made by Apple. This accounted for more than 18 percent of all grand larcenies. Year over year, larceny arrests have increased 13 percent. Experts say “thieves want the ‘latest and greatest’ technology as much as the next person.” Michael Bloomberg, who served as New York City mayor from 2002 until the end of 2013, saw crime drop nearly 1 percent during his tenure. In the course of that time, murder dropped by 43 percent, robberies by 30 percent, and vehicular thefts by 72 percent. The number of grand larcenies have steadily increased since 2010. According to Eugene O’Donnell, a former NYPD officer who lectures at John Jay College of Criminal Justice:

You'd have a spike in crime when some new thing came along: Michael Jordan sneakers or leather jackets…Walkmans, a new technology. Just about everybody now has a hand-held mobile device that can be taken.

This isn’t the first time we’ve heard about Apple products being stolen in New York City. In November, Fox 5 News reported nearly 20 percent of all burglaries, robberies, and grand larcenies in 2012 involved Apple products. In December 2012, Bloomberg blamed rising crime rates on the theft of Apple products. As the mayor’s press secretary said at the time, “If you just took away the jump in Apple, we’d be down for the year.” In May 2013, The New York Times published a bizarre story, entitled “Cellphone Thefts Grow, but the Industry Looks the Other Way.” In the piece, the Gray Lady seems to blame Apple for the increase in crime. Cupertino has attempted to make iOS devices less attractive to steal. The Activation Lock feature in iOS 7, for example, is designed to make it more difficult for thieves to use a stolen iOS device. With Activation Lock, if a thief tries to turn off Find My iPhone or if the device is totally wiped, they’ll have to know the specific Apple ID username and password to reactivate it. What more should Apple and/or New York City do to help eliminate device thefts? 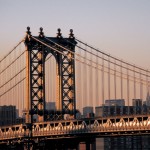 Activation Lock Will Help Protect Your iOS Device
Nothing found :(
Try something else