You are using an outdated browser. Please upgrade your browser to improve your experience.
by Brent Dirks
January 27, 2014
According to a bothersome new report from The New York Times and other news outlets, the National Security Agency has been using “leaky” smartphone apps to glean personal information from users. The NSA and its British counterpart have been working together on how to collect and also store data from the apps. The scale and specifics are not known. Pictured leaker Edward Snowden provided the information:

The documents show that the N.S.A. and the British agency routinely obtain information from certain apps, particularly some of those introduced earliest to cellphones. With some newer apps, including Angry Birds, the agencies have a similar capability, the documents show, but they do not make explicit whether the spies have put that into practice. Some personal data, developed in profiles by advertising companies, could be particularly sensitive: A secret 2012 British intelligence document says that spies can scrub smartphone apps that contain details like a user’s “political alignment” and sexual orientation.

In a written statement to The New York Times, the NSA maintained that it does not profile “everyday Americans as it carries out its foreign intelligence mission.” The agency touted other safeguards as well:

“Because some data of U.S. persons may at times be incidentally collected in N.S.A.'s lawful foreign intelligence mission, privacy protections for U.S. persons exist across the entire process.” Similar protections, the agency said, are in place for “innocent foreign citizens.”

The secret report noted that the profiles vary depending on which of the ad companies — which include Burstly and Google’s ad services, two of the largest online advertising businesses — compiles them. Most profiles contain a string of characters that identifies the phone, along with basic data on the user like age, sex and location. One profile notes whether the user is currently listening to music or making a call, and another has an entry for household income.

Rovio, for its part, denied any knowledge of spy programs related to its immensely popular Angry Birds apps. Apple, and its CEO Tim Cook, have had no issue loudly disapproving how the NSA collects its information. In an interview that aired last week with ABC News, Cook denied that the government has any access to Apple servers. Cook also said he wants to be more transparent with Americans. 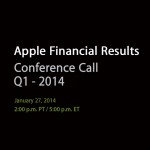 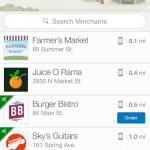 Apple Reportedly Set To Take On PayPal And Square With Its Own Mobile Payments Service
Nothing found :(
Try something else