You are using an outdated browser. Please upgrade your browser to improve your experience.
by Brent Dirks
January 24, 2014
At least according to a recent study from Fastlane, Apple's password protection policies stand out in the world of e-commerce. The company studied the policies of the top 100 online retailers, and Apple received the highest rating and perfect score of 100. Beyond Apple, things looked a little bleaker. Newegg, Microsoft, and Chegg all tied for second place with a score of 65. In the scoring system, which ranged from 100 to -100, Major League Baseball was dead last with a -75. Some of the other worst offenders included Amazon.com and Wal-Mart, which both clocked in with a -40 score. In a press release, the password management company lauded Apple’s policies. Some of the safeguards Apple uses includes blocking account access after four failed login attempts:

Some retailers may argue that such requirements impede user convenience, but companies such as Apple, arguably the most famous brand on the list, have shown that it is possible to be both secure and successful. In every category we tested, Apple implemented the 4 simple policies and procedures we recommend above. These policies resulted in the company being awarded the only perfect score in the study.

For other news today, see: Apple Sneaks In An Easter Egg On The 30th Anniversary Of The Mac, Production On Apple's Next iPhone Reaches A New Milestone, and Netflix May Soon Raise Prices, But This Time Around They May Be Justified. 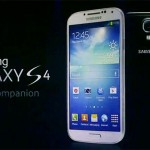 Samsung Had Little To Celebrate During The Holiday Quarter 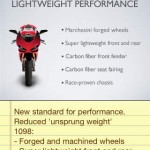 Apple Discontinues Keynote Remote In Favor Of Remote-Integrated Keynote iOS App
Nothing found :(
Try something else