Apple’s iPhoto offers users desktop access to their Photo Stream, but its clunky interface turns a lot of Mac owners off. If you’re looking for a simple, easy means of managing, saving, and backing up your iOS Photo Stream, consider ditching iPhoto for MyPhotostream.

MyPhotostream is a $3.99 Mac app that can be downloaded and used free of charge for seven days. After you’ve got the application up and running, it’ll auto-pull new images from your Photo Stream and will display them in a simple, minimalistic interface. From here, users can view, save, or share their Photo Stream using a selection of built-in tools, and Notification Center notifications will inform users when new images are available from within the app.

Photos are ordered chronologically (rather than in albums or events), and nothing apart from its user’s main Photo Stream is displayed.

It’s worth noting that in order for the app to work, Mac owners will need to have either iPhoto or Aperture installed on their machine, according to MyPhotostream’s developer. This is a shame, since at first glance it seemed MyPhotostream could have allowed Mac users to delete Apple’s heftier photo applications. However, one or the other must be downloaded, though neither need to be used or open in order for MyPhotostream, which itself weighs in at just six megabytes, to work its magic.

Photo Stream is one feature Apple definitely needs to look into enhancing. Though the groundwork is there, a more fully featured, cloud-based photo management and backup service is something many have called for from the Cupertino, Calif. company. It’s also worth warning potential users that Photo Stream itself isn’t the most reliable of services.

For me, a more workable (and dependable) solution involves using a combination of Dropbox and Hazel to upload, sort, and backup images shot using my iPhone and, if necessary, my iPad. Perhaps the best online resource for this kind of approach has been published by MacStories’ Federico Viticci, who uses a setup similar to mine.

If Dropbox isn’t your ideal solution or if Hazel is still on your to-do list of Mac utilities to explore (trust me, it’s worth exploring), MyPhotostream could provide the next best means of auto-managing images captured from an iDevice.

As mentioned, MyPhotostream can be downloaded and used free of charge for seven days, after which a fee of $3.99 must be paid in order to unlock the application in full.

How do you manage your photos? 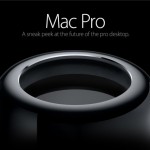 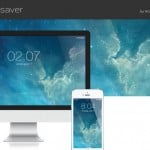 Add An iOS 7-Style Lock Screen To Your Mac Using This OS X Screensaver
Nothing found :(
Try something else