You are using an outdated browser. Please upgrade your browser to improve your experience.
by Bryan M. Wolfe
January 9, 2014
Apple may not be changing the resolution on the rear camera on the next iPhone. According to The China Post, the “iPhone 6” will continue to use an 8-megapixel sensor. Shares of Largan Precision Co. dropped significantly recently as “disappointed investors reacted to rumors that Apple's upcoming iPhone 6 handset would not be upgraded with a 13 megapixel (MP) camera.” According to the report:

Largan retains a leading edge among competing suppliers, as even though the camera's pixel count remains the same, the company is among the few companies capable of coping with the complexity of the camera module, said Nomura Securities. The production of smaller-factored camera modules would require significantly improved optical aperture and resolution attributes, which are the company's competitive strengths, said Nomura Securities.

Rather than increasing the resolution on the next iPhone, Apple is said to be adding camera improvements such as enhanced optical image stabilization. Cupertino first introduced an 8-megapixel rear camera on the iPhone 4s in 2011. Similar modules were used on the iPhone 5 and iPhone 5c. The iPhone 5s also uses an 8-megapixel sensor, but comes with some camera improvements including larger pixels and lens aperture. The next iPhone is expected to launch later this year. See also: Another Report Claims Apple Will Release A New iPhone This May, and Two Incredible Concept Videos Show Apple's 'iPhone 6c' And 'iPhone Air.' 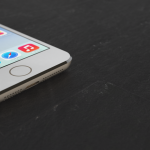 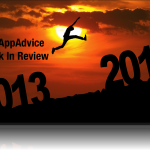 The AppAdvice Week In Review: Hybrid iPads, Apple's 'iWatch,' CES 2014 And More
Nothing found :(
Try something else