You are using an outdated browser. Please upgrade your browser to improve your experience.
by Bryan M. Wolfe
January 8, 2014
For Apple, the first full week of the year has begun like every other for the past two decades. While competitors such as Samsung peddle new products at the Consumer Electronics Show (CES), the folks in Cupertino are quietly working behind the scenes on new wares. In other words, though most of the technology world is focused on Las Vegas, with Apple, the rumor mill continues. The latest rumor comes from Chinese news site Huanqiu, which claims Apple will release the company’s first-ever phablet in May. This product, which splits the difference between a small tablet and a large smartphone, will come with an A8 processor and a 5-inch-plus display. I find it hard to believe that Apple would unveil a new mobile device in May. It’s important to note, however, that this is the second report in as many months to make this claim. Last month, Digitimes also reported “a larger size iPhone” would be arriving in May 2014. That report claimed the new device would use a 20nm processor manufactured by Taiwan Semiconductor Manufacturing Company (TSMC). As usual, we’ll keep you updated. See also: Envisioning Apple's 'iPhone 6 Air' And 'iPhone 6c', Experts Are Split On When Apple Will Release The 'iPhone 6', and Two Incredible Concept Videos Show Apple's 'iPhone 6c' And 'iPhone Air.' Photo: "iPhone Air" concept by Ciccarese Design 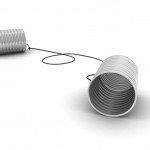 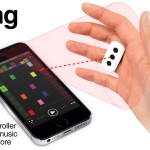 CES: Get Into The Groove With The IK Multimedia iRing Motion-Based MIDI Controller
Nothing found :(
Try something else