You are using an outdated browser. Please upgrade your browser to improve your experience.
by Bryan M. Wolfe
January 23, 2014
Having a smartphone with 16GB of memory doesn’t mean you actually have 16GB worth of storage to use -- even on day one. Which phone out of the box has the most storage available for apps, games, and music? One from Apple, according to a new Which? survey. Of the eight smartphones tested, the iPhone 5c comes with the most usable memory out of the box, 12.6GB. In second place is the Google Nexus 5 with 12.28GB. Apple’s iPhone 5s is No. 3 with 12.20GB. 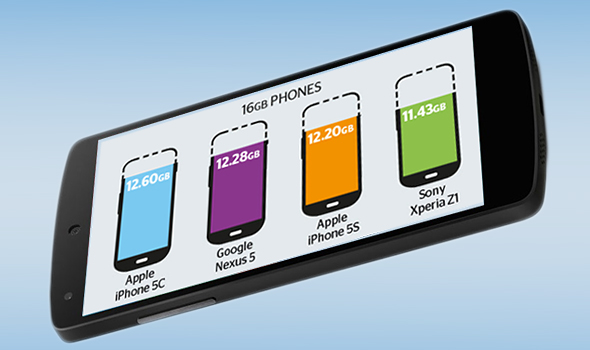 Running on Android, Samsung has heavily customised the S4 with their Touchwiz interface. This includes many of Samsung’s own features but, while it looks pretty and grabs headlines, most of the stuff is next to useless. Eye tracking technology that pauses video when you look away from the screen sounds attractive but in reality it works badly, gulps down your battery and monopolises your internal storage.

Something tells me this is the type of news worth spreading, especially to those considering a move to the Samsung Galaxy S4, no? See also: Got An iPhone 5s? Chances Are You're A Data Hog, Too, Worldwide Smartphone Sales Are Expected To Drop During The First Quarter Of 2014, and How High Did iPhone Sales Go During The Holiday Quarter? 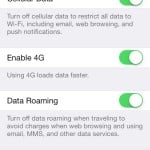 Got An iPhone 5s? Chances Are You're A Data Hog, Too 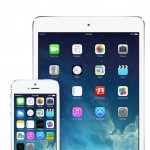 Apple Is Working On A Fix For iOS 7 Crashes
Nothing found :(
Try something else