You are using an outdated browser. Please upgrade your browser to improve your experience.
by Aldrin Calimlim
January 30, 2014
Yahoo has just issued another update to Yahoo Sports for iOS. Most notably, the latest update to the popular sports news and info app adds a new section dedicated to the 2014 Winter Olympics, which is scheduled to take place in Sochi, Russia, from Feb. 7 to 23. You can access the new section by tapping the Olympics option in the sidebar. There you can see the latest news concerning the sports festival, its schedule of events, and a breakdown of medal distribution. The new Yahoo Sports update also features improved news feed and article navigation. Moreover, it adds a new settings option for toggling the display of "Top Loop" on the game tab when viewing game pages. The update also delivers accessibility improvements, navigation and loading performance optimizations, and bug and crash fixes. The new version of Yahoo Sports is available now in the App Store for free. The app is compatible with iPhone, iPod touch, and iPad running iOS 7.0 or later. Yahoo Sports' Olympics-focused update comes just a couple of days after Google updated Google Search for iOS with a new Google Now card dedicated to the 2014 Winter Olympics. See also: Sochi 2014 Guide Goes Universal For iPad Ahead Of Olympic Games In February, The App Store Begins Prepping For The 2014 Winter Olympic Games In Sochi, Russia, and Ahead Of Sochi 2014, The IOC Releases The Olympic Athletes’ Hub App For iPhone. 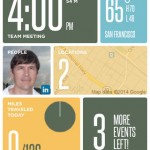 Do You Mynd? Popular Calendar App Updated With iOS 7 Redesign And More 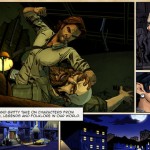 Telltale Games Unleashes New 'Red Band' Trailer For Episode 2 Of The Wolf Among Us
Nothing found :(
Try something else