You are using an outdated browser. Please upgrade your browser to improve your experience.
by Bryan M. Wolfe
February 21, 2014
Roku and the Apple TV are about to get some serious competition. Amazon is likely to launch its very own set-top box next month that will offer streaming Internet video, according to Re/Code. The so-called “Amazon TV” is to be powered by Google’s Android operating system, and no doubt will allow users to access the company’s Video on Demand store. It should also come with its own app store so that content from other providers is also available to stream. Think HBO Go, Netflix, etc. The big unknown is whether the device will also serve as a gaming hub. Just this week, it was reported that Amazon has been hiring game developers. Amazon first planned to launch the box ahead of the 2013 holiday shopping season, until those plans were shelved. At the time, Re/Code's predecessor, AllThingsD, said they heard different theories about the reason for the delay, noting:

One version is that Amazon isn’t happy with the device’s performance; another is that management is underwhelmed with the product, and feels that it’s too similar to the boxes already on the market. (At one point, Amazon tried to get into the market by buying Roku.)

The launch of an Amazon TV doesn’t come as much of a surprise. Not only has it been rumored for months, but it also makes perfect sense, given Amazon's commitment to video streaming. As usual, we’ll keep you updated. See also: For Brits, Lovefilm Instant Is About To Morph Into Prime Instant Video, and Madison Avenue Calls Apple And Amazon ‘Slow, Cocky And Downright Stingy.’ 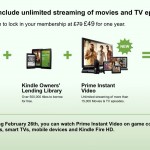 For Brits, Lovefilm Instant Is About To Morph Into Prime Instant Video 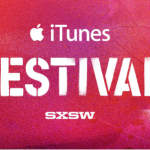 Apple Brings The iTunes Festival To The US, March 11-15 At SXSW
Nothing found :(
Try something else