Amazon has announced that it's making a few changes to its Prime membership over in Britain. From Feb. 26, Lovefilm Instant – the Amazon-owned video streaming service – will become Prime Instant Video, and it'll be thrown in for free with Prime subscriptions. The good news ends there, however, because Prime itself is also getting a price hike.

In Britain, Amazon Prime costs £49 per year, and Lovefilm Instant previously costed as little as £72 for an annual subscription. From next week, though, British customers of the online retail giant are going to be charged £79 annually for a refreshed Prime offering.

This will include the usual free one-day delivery for select Amazon orders, but will also feature access to Amazon's online library of more than 15,000 movies and TV shows, all of which can be streamed to a computer or mobile device. Plus, subscribers can still borrow e-books from Amazon using the Kindle Owners' Lending Library.

If you're already a Prime subscriber, you'll be able to access Prime Instant Video at no extra cost until your subscription is up for renewal. Then, Amazon is going to expect a £79 fee rather than its usual £49.

But is it a good deal for customers?

This of course depends on the individual. If you used Prime for its one-day delivery only and don't care about accessing Prime Instant Video, the £79 increase in price is going to be a bitter pill to swallow.

If you're a Netflix subscriber with a Prime account, however – or if you subscribe to Lovefilm – this could work out for you. Prime Instant Video's main rival, Netflix, charges £5.99 per month in Britain, and though this provides access to the service's original programming and unique catalog, its total annual fee of almost £72 isn't much less than the cost of Amazon's revamped, all-in-one Prime service.

Better yet, the online retailer is also planning on offering Prime for just £49 as part of a special introductory offer.

As mentioned, Amazon's refreshed Prime service is set to launch in Britain on Feb. 26. What are your thoughts on the change?

See also: Apple Is Once Again Expanding Its North Carolina Data Center, Overcome The Invasion From Below In This New Lego Hero Factory Game For iOS, and Official NCAA Sports App Goes 2.0 With New iOS 7 Design And New Features. 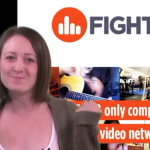 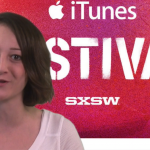 AppAdvice Daily: Apple News, Apple Rumors And One Must Have App Download
Nothing found :(
Try something else