You are using an outdated browser. Please upgrade your browser to improve your experience.
by Aldrin Calimlim
February 5, 2014
In line with a report from a few weeks back, Apple has restarted the production of the iPhone 4 in order to resume sales of the device in just three markets: India, Indonesia, and Brazil. Citing three senior executives familiar with the matter, the Indian newspaper The Economic Times (via MacRumors) reports that Foxconn, Apple's largest manufacturing partner, has resumed the production of the discontinued handset. The revival is expected to improve iPhone sales in India and the other two markets as well as to challenge Samsung, Apple's foremost rival, for market share with the ₹20,000 price point of the entry-level iPhone 4:

The maker of iPads and MacBooks is betting the lower price point will help it wrest volumes from Samsung's Grand and S4 Mini, and recoup market share that has slumped, largely because it didn't have phones that were cheap enough.

This marks the first time that the production of discontinued iPhone model has been restarted by Apple. The iPhone 4 was launched in India in May 2011, but it was phased out from India and all other markets following the release of the higher-end and more expensive iPhone 5S and iPhone 5c. The iPhone 4S, remains available, but understandably for a higher price than the iPhone 4. 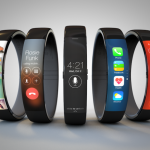 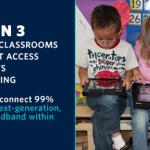 Apple Pledges More Than $100 Million In Technology For The ConnectED Initiative
Nothing found :(
Try something else