You are using an outdated browser. Please upgrade your browser to improve your experience.
by Brent Dirks
February 25, 2014
Apple has just released OS X version 10.9.2 to the public. While the release notes don't specifically mention it, AppleInsider reported yesterday that the new software does indeed fix the nasty SSL exploit that was also patched in iOS last week with an update. The new software update also contains a number of improvements including FaceTime Audio support and the ability to block iMessages from specific senders just like in iOS. Here's a list of the other changes mentioned in the release notes: The new software can be downloaded by selecting Updates from the Mac App Store. 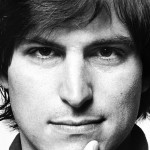 A Tribute To Steve Jobs On His Birthday

Apple May Launch OS X 10.9.2 Mavericks Very Soon
Nothing found :(
Try something else