You are using an outdated browser. Please upgrade your browser to improve your experience.
by Bryan M. Wolfe
February 5, 2014
During the holiday quarter, Apple accounted for 19.5 percent of the combined PC and tablet market. Lenovo finished at No. 2 with 11.8 percent in the new Canalys survey. From October through December, Apple shipped 30.9 million Mac and iPad units. Of those, 84.3 percent, or 26 million units, were iPads. The combined launch of the iPad Air and iPad mini with Retina display helped boost the company’s share of the overall tablet market from 27.4 percent in the fourth quarter of 2012, to 34.1 percent in 2013. 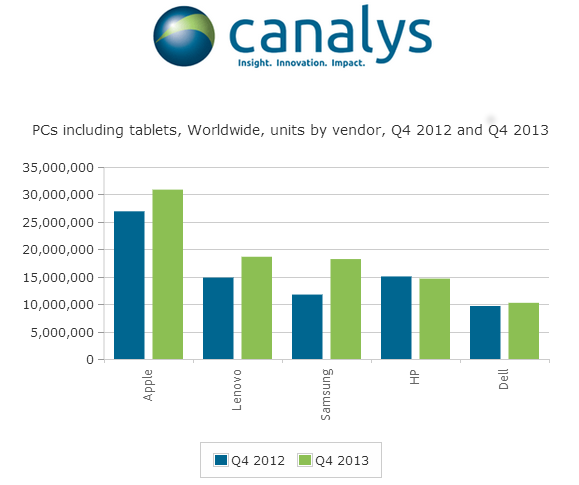 The worldwide PC market grew 17.9 percent during the quarter. Tablets grew 65.2 percent year over year to reach 76.3 million units. Excluding tablets, shipments declined 6.9 percent. In total, tablets now accounted for 48.3 percent of the total PC market. Samsung took third place in the new survey, shipping 18.2 million units. Tablets accounted for 79.7 percent of its quarterly shipments, some 14.5 million units, up 90.3 percent from a year earlier. HP and Dell finished No. 4 and No. 5, respectively. See also: The iPad Air Was The Top Selling Apple Tablet During The Holiday Quarter, Apple Pledges More Than $100 Million In Technology For The ConnectED Initiative , and Why Apple’s ‘iWatch’ Could Be A Really Big Deal. 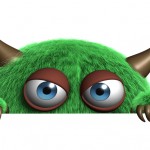 The 2 New Apple iOS 8 Features We'd Like To See
Nothing found :(
Try something else