You are using an outdated browser. Please upgrade your browser to improve your experience.
by Bryan M. Wolfe
February 12, 2014
Which tablet is the best in terms of battery life? Apple's iPad Air, which bested all other tablets in a new Which ? survey. The fifth-generation iPad scored the highest among the eight tablets that were tested when it came to both Internet usage, and video consumption. With a full battery, the iPad Air lasted 658 minutes when surfing the Internet. Apple’s other current iPads also scored well. The iPad mini with Retina display lasted for 614 minutes, while the iPad 2 stayed alive for 590 minutes. The longest-lasting Android-based tablet tested, the Samsung Galaxy Note 10.1 (2014 Edition), kept running for 483 minutes during Internet use. In terms of video usage, the iPad Air lasted 777 minutes. This compared to the 714 minutes for the Amazon Kindle Fire HDX 8.9, and 669 minutes for the Google Nexus 7. The iPad 2 finished No. 4, running 660 minutes before needing a charge. The iPad mini with Retina display lasted 604 minutes. 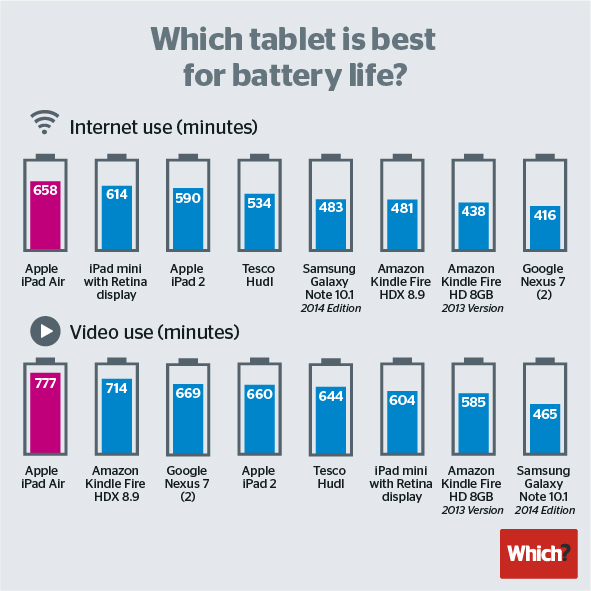 The new Which ? survey comes just days after the company announced that the Samsung Galaxy Note 10.1 (2014 Edition) bested the iPad Air in terms of speed. In that survey, the iPad mini with Retina display finished No. 5, behind the Google Nexus 7, and Amazon Kindle Fire HDX 8.9. Not surprisingly, the 2011 iPad 2 finished dead last in that survey. See also: The Little Secret About The Galaxy S4 Samsung Would Rather You Not See, H.H. Gregg Is Offering Discounts On Apple iPads, and Target To Offer Olympic-Size Deals On New iOS Devices Beginning Sunday, Feb. 9. 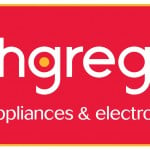 H.H. Gregg Is Offering Discounts On Apple iPads
Nothing found :(
Try something else