U.S. District Judge Lucy Koh has once again rejected a bid made by Apple to have Samsung's Galaxy products banned in the United States. The news comes as Apple and Samsung are set to return to court on March 13 in order to iron out their ongoing patent dispute.

This isn't the first time Judge Koh has rejected an Apple-made bid to have Samsung's products banned. As we mentioned back in December 2012, Apple indeed launched a similar appeal but had its request denied. This time around, Apple's argument centers on 23 Galaxy products which are said to violate a handful of touch-based patents, including the “scroll-back,” “pinch-to-zoom,” and “tap-to-zoom” patents.

The news comes from FOSS Patents, which explains that Koh rejected the ban because the Cupertino, Calif. company hadn't sufficiently demonstrated that Samsung's Galaxy device sales are driven by the patents it claims have been infringed. She said:

Back in February, we heard that Apple's marketing chief Phil Schiller and possibly its former iOS head Scott Forstall could be called to testify at the upcoming Apple-Samsung trial. Prior to this, both Apple and Samsung revealed their lists of infringed products and patents: Apple is targeting the Galaxy product line, while Samsung has its crosshair set at the iPhone 5, iPad 4, iPad mini, and more.

Due to the sluggish nature of patent litigation, both companies are only able to bring older products to the court's attention at this upcoming trial. The iPhone 5s, iPad Air, and second-generation iPad mini are all shielded from Samsung's lawyers as a result.

As mentioned, the Apple-Samsung trial is set to begin on March 13. We'll keep you updated with further information as we receive it. 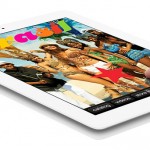 Report: Apple Will Introduce Full-Screen Video iAds To Apps In 2014
Nothing found :(
Try something else