You are using an outdated browser. Please upgrade your browser to improve your experience.
by Bryan M. Wolfe
March 28, 2014
Developers and Apple enthusiasts, take note: Cupertino is likely to announce this year’s Worldwide Developers Conference (WWDC) in the coming weeks. When they do, the mad dash to purchase tickets to the event will be on. In 10 of the past 11 years, WWDC has been held in early June. In 2012 and 2013, Apple selected the fourth Wednesday in April to make the WWDC announcement. The bottom line: Expect the WWDC announcement on April 23. This year’s five-day conference is likely to begin on Monday, June 9. Are you hoping to score tickets to this year’s event? You’ll need to hurry. The 5,000 $1,599 tickets to last year’s event sold out in two minutes. WWDC 2014 is likely to feature a demo of iOS 8 and the successor to OS X Mavericks. We might also see the launch of new MacBooks, and Apple’s recently rumored iTunes Radio subscription service. What we probably won’t see in June are new iOS devices, including the “iPhone 6” and “iWatch.” Past practice suggests Apple won't reveal these products until fall. What do you want Apple to unveil at WWDC? 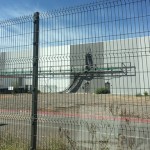