You are using an outdated browser. Please upgrade your browser to improve your experience.
by Bryan M. Wolfe
March 21, 2014
Faced with declining iTunes music sales, Apple is said to be in talks with major record labels to bring a Spotify-like on demand streaming service to iTunes. Additionally, Cupertino is exploring bringing an official iTunes app to Android, according to Billboard. The talks between Apple and "senior label executives" are part of a "multi-pronged strategy" to shore up U.S. download sales on iTunes, which has seen double-digit declines. Apple is also thinking about "creating exclusive album-release windows in which digital versions of the albums would go on sale ahead of the CD release. Individual tracks would not be available for sale until the CD versions hit shelves." Another part of this strategy was on display this past December when Apple collaborated with Beyoncé, who released a self-titled album exclusively on iTunes. Another exclusive album from a "superstar artist" is currently in the works. Until now, iTunes has only been available through Mac, Windows, and iOS devices. This could now change, which would prove very interesting. Billboard didn't say when Apple may bring iTunes to Android. Given the importance of such a move, I would suspect Apple would want to finalize plans before the Worldwide Developers Conference, likely to be held in June. 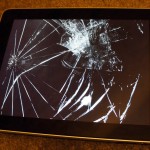 The iPad Replacement Cycle May Be Longer Than Apple Would Like