You are using an outdated browser. Please upgrade your browser to improve your experience.
by Aldrin Calimlim
March 26, 2014
Apple is working to make the set of emoji characters on iOS more racially diverse, as confirmed by the company to The Verge. According to The Verge's report, the confirmation comes following an initiative by MTV Act's Joey Parker to send an email to Apple CEO Tim Cook about the perceived need for an ethnicity update to iOS' emoji set, which mostly features Caucasian icons. The email was apparently forwarded by Cook to Katie Cotton, vice president of worldwide corporate communications for Apple, who then replied to Parker thus:

“Tim forwarded your email to me. We agree with you. Our emoji characters are based on the Unicode standard, which is necessary for them to be displayed properly across many platforms. There needs to be more diversity in the emoji character set, and we have been working closely with the Unicode Consortium in an effort to update the standard.”

Emoji was officially integrated by Apple into iOS with the introduction of an emoji international keyboard in iOS 5 in 2011. The following year, Apple's emoji set was updated in iOS 6 with new characters, notably supporting the LGBT community with the addition of icons depicting gay and lesbian couples. Perhaps in the upcoming iOS 8, we'll be seeing plenty of non-Caucasian emoji icons to liven up our otherwise blah text messages. 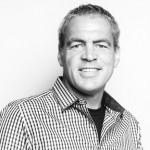