You are using an outdated browser. Please upgrade your browser to improve your experience.
by Bryan M. Wolfe
March 11, 2014
Wall Street rarely heaps praise on Apple. When they do, it becomes newsworthy. On Tuesday, Andy Hargreaves at Pacific Crest upgraded Apple to “outperform” from “sector perform.” The reason? People are likely to flock to the “iPhone 6” when it is released this fall, according to Business Insider. Hargreaves believes Apple will release a 4.7-inch iPhone. Thanks to the larger screen, the new handset will come with a price hike: $299 for the entry level model. An iPhone 5s on contract, like most previous models, begins at $199. The analyst says “Apple consumers are relatively rich, so $100 doesn’t mean too much to them.” He cites the “failure” of the iPhone 5c as evidence that Apple’s consumers don’t mind spending a little bit more. Interestingly enough, Hargreaves doesn’t believe Apple will release two iPhone 6 models. Previous rumors have suggested Cupertino will launch a 4.7-inch iPhone plus a 5.5-inch “iPhablet like” model. He notes:

While many observers have chided Apple for a 'lack of innovation' over the last two years, we do not expect a linear path to commercially successful new product categories. Instead, Apple is likely to choose its opportunities and timing extraordinarily carefully and release new products or services only when it feels it has the best chance to succeed, which does not mean it is not innovative, just that it is not dumb.

Besides the new iPhone, Hargreaves says there is “optionality” on new products. In other words, something like the long-rumored “iWatch” could help Apple stock to really take off. Pacific Crest's new Apple price target is $635. This isn't the first time we've heard Apple may raise the price of the iPhone. Last November, Susquehanna Financial Group analyst Chris Caso said Apple is likely to increase the price it charges for the seventh generation handset to “avoid the (profit) margin erosion that occurred when the iPhone 5 launched.” Though that handset cost more to produce than previous models, Apple kept its price the same. See also: Apple May Pull The iPhone 5c, But Not Its Design, This iPhone Air Concept Presents The Most Believable Design Yet, and Corning SVP Calls Sapphire Glass Expensive, Heavier, Environmentally Unfriendly. Photo: iPhone 6 concept by Sam Beckett 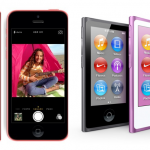 Apple May Pull The iPhone 5c, But Not Its Design 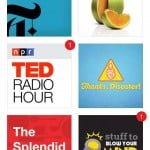