You are using an outdated browser. Please upgrade your browser to improve your experience.
by Joe White
March 10, 2014

There have been plenty of “iPhone Air” concepts surfacing online since Apple unveiled its fifth-generation 9.7-inch iPad, but one of the most recent presents the most believable iPhone Air design yet.

Created by designer Sam Beckett (@samjohnbeck) and shown off in a recent YouTube video (via Cult of Mac), the concept presents an iPhone Air design that maintains a similar form factor to that of the iPhone 5s. The refreshed handset doesn’t look like “a mini iPad mini” and it’s not ultra-thin, but it does demonstrate how Apple could maintain the design of its iPhone 5s while increasing the handset’s screen size to 4.7 inches and reducing its bezel frame.

The concept leans on a number of reports indicating that the next-generation iPhone handset – be it the iPhone Air or iPhone 6 – should feature a larger display. Though as of this writing, critics and analysts are divided on whether we’ll see two bigger iPhones launch later this year, or just one.

Sapphire glass is also expected to feature in the handset’s display (in a move made possible by Apple’s heavy investment in sapphire glass production last year). Yet as of this writing, we’re unsure whether to expect a next-generation iPhone 6c, or if Apple is going to halt production of its less expensive smartphone altogether.

In the meantime, check out the above concept, or see: Marvel To Update Avengers Alliance With ‘Winter Soldier’ And ‘Guardians’ Content, Twitter And Blogger Cofounder Ev Williams’ Medium To Launch Official iOS App Next Week, and Today’s Best App: Runr. 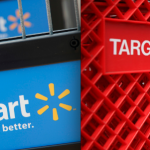 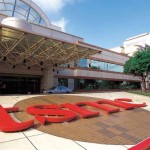 TSMC Has Reportedly Started Production Of Apple's Next-Generation A8 Chip
Nothing found :(
Try something else