You are using an outdated browser. Please upgrade your browser to improve your experience.
by Aldrin Calimlim
March 12, 2014
Just over a day after its release, iOS 7.1 now accounts for around 6 percent of iOS devices, according to a new report by Chitika Insights. "As with most minor version updates, iOS 7.1 adoption rates have been less dramatic than those of its major-version counterparts," the analytics company notes. "In the 24 hours following the operating system's public release, iOS 7.1 users generated 5.9% of total North American iOS Web traffic." This figure suggests an adoption rate quite similar to that of iOS 7.0.6, which accounted for 6 percent of total iOS Web traffic 24 hours following its release nearly three weeks ago. Apple released iOS 7.1, which features CarPlay and other enhancements, in the early afternoon of March 10. To quantify its report, Chitika Insights sampled millions of mobile ad impressions originating from iOS devices on the Chitika Ad Network. This data set is composed of impressions from the U.S. and Canada, observed from March 9 through March 11. See also: Apple’s iOS 7.1 Update Actually Made Touch ID Worse For A Lot Of Users, Apple Once Again Thanks Jailbreakers For Helping To Improve iOS Security, and Apple's iOS 7.1 Gives The iPhone 4 A Big Performance Boost. 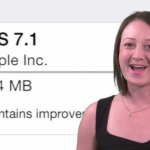 AppAdvice Daily: iOS 7.1 What's Cool, What's Not And Stuff To Look Forward To 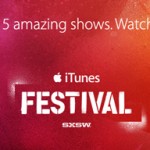 Vevo Partners With Apple To Live Stream iTunes Festival
Nothing found :(
Try something else