You are using an outdated browser. Please upgrade your browser to improve your experience.
by Bryan M. Wolfe
March 24, 2014
Within six years, 20 percent of Apple’s profits could come from iTunes content and apps. This is triple the current levels, according to a new report obtained by AppleInsider. Ben Schachter from Macquarie Capital says that in 2014, Apple’s iTunes, software, and services business should generate $30 billion on a gross revenue basis. If true, this would be more than 83 percent of S&P 500 companies. "That is almost equivalent to its iPad business and is more than Facebook, Twitter, Yahoo, LinkedIn and Netflix's combined revenue (on consensus 2014 forecasts),” the analyst wrote. The report says:

He sees Apple's software, content and services business being a key profit growth driver for the company going forward. In particular, he believes the sale of applications on the iOS App Store will be the main source of growth, but he also sees high potential for iTunes content with an updated Apple TV and other potential sales driving products.

Schachter sees iTunes, software, and services accounting for 36.4 percent of Apple’s profits by 2020. The largest part of this (the 20 percent cited above) includes just the sales of apps and iTunes content. Given these numbers, it doesn't come as much of a surprise that Apple is in talks with major record labels to bring a Spotify-like on demand streaming service to iTunes. Additionally, Cupertino is exploring bringing an official iTunes app to Android. In February, Asymco found that Apple’s iTunes would rank No. 130 on Fortune’s annual list of the Top 500 companies in the United States. In 2013, iTunes revenue topped $23.5 billion. This was an increase of 34 percent year over year, and would place iTunes Inc. between Alcoa and Eli Lilly in the latest Fortune 500 rankings. See also: Fortune Says Apple CEO Tim Cook Is One Of The World's 50 Greatest Leaders, Analyst: Apple's Launch Of The 8GB iPhone 5c Internationally Is 'Ultimately Irrelevant,' and Is Separating iTunes Radio From Apple's Music App The Right Way To Go? 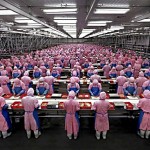 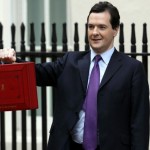 In Britain, App Store Prices Could Be Set To Increase
Nothing found :(
Try something else