The folks at designed by m have returned to Kickstater with a brand new product: the AL13 bumper offers users an impressive metallic design while promising owners zero signal loss, and it's available to preorder now from $45 (provided the project reaches its $25,000 funding goal).

We told you about the first version of AL13 last year, back when the product went on sale following its successful Kickstarter campaign. The one downside to the first-generation model, however, is that it reduces the signal of an enclosed iPhone handset by up to 10 percent; as such, designed by m has been working hard at developing a sequel product.

AL13 2.0 does a similar job – it looks great, featuring an aluminum exterior, and it protects one's iPhone from drops with its shock-absorbing rubber lining. However, there's one big difference: this time, designed by m claims to have completely eradicated signal loss with the metallic bumper.

The duo explains at the product's Kickstarter Web page:

Even though we were able to reduce signal loss in AL13 v1 to 10%, we were committed to improving our existing design and completely eliminating the signal degradation caused by metal bumpers. From our experience with the first AL13, we knew we had the technical knowledge to make a high quality product that was affordable.

But that's not all. “AL13 v2 was improved by using a tougher lining and snap closure which made it more shock absorbent and less susceptible to warping when it (sic) dropped,” designed by m adds.

For more information – including the option of supporting the project – head over to AL13's Kickstarter Web page. 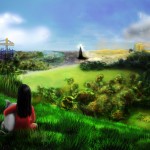 And The Oscar Goes To ... Whoever Kickstarts This Atmospheric Platformer Game 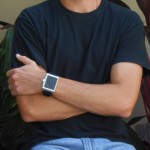 The Carbon Is A Solar-Powered Battery Pack Worn On Your Wrist
Nothing found :(
Try something else