You are using an outdated browser. Please upgrade your browser to improve your experience.
by Brent Dirks
April 23, 2014
Beating analyst estimates, Apple has just reported revenue of $45.6 billion during the second fiscal quarter of 2014. Once again, strong sales of the iPhone led the way. During the time frame that ended on March 29, the company sold 43.7 million iPhones. That’s compared to 37.4 million handsets during the same time frame last year, or around a 16 percent increase. On the other side, iPad sales took a big dip with 16.35 million sold. That’s down more than 15 percent from the year ago quarter. Mac sales rose compared to the same quarter last year. Apple sold 4.1 million units in 2014, compared to 3.95 million Macs in 2013. The iPod continues to flounder, selling only 2.8 million units during the quarter. Apple also announced that it is expanding the program to return capital to shareholders and has approved a 7-for-1 stock split. “We’re very proud of our quarterly results, especially our strong iPhone sales and record revenue from services,” said Tim Cook, Apple’s CEO. “We’re eagerly looking forward to introducing more new products and services that only Apple could bring to market.” “We generated $13.5 billion in cash flow from operations and returned almost $21 billion in cash to shareholders through dividends and share repurchases during the March quarter,” said Peter Oppenheimer, Apple’s CFO. “That brings cumulative payments under our capital return program to $66 billion.” Apple will host a live conference call regarding the results starting at 5 p.m. EDT. Anyone can listen to the call by heading here. We’ll let you know if anything of interest is discussed during the call. 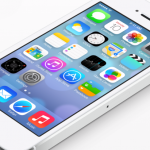 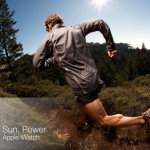 The Latest Apple 'iWatch' Design Is Compact, Functional And Unisex
Nothing found :(
Try something else