You are using an outdated browser. Please upgrade your browser to improve your experience.
by Bryan M. Wolfe
April 10, 2014
Apple is very likely to design and build baseband chips for future iOS devices. That probably won’t start until next year, however, according to AppleInsider. In a note to investors, JP Morgan analyst Rod Hall says Apple-designed chips won’t happen until 2015 because they are “notoriously difficult” to develop and produce. According to the report:

Apple's choice to produce its own wireless modems would likely be motivated in part by a desire for increased power efficiency, Hall believes. Apple's current logic board designs utilize a baseband chip that is separate from the company's A-series application processors, and the company may be looking for ways to integrate the two chips into a single package.

On Tuesday, DigiTimes said that Apple was planning on forming a research and development (R&D) team to develop iPhone baseband chips in-house. Baseband chips used in Apple’s current-generation iPhones are purchased from Qualcomm and mass-produced at Taiwan Semiconductor Manufacturing Company (TSMC). See also: 2 New Hires Show That Apple Could Be Moving In A New Direction, Report: Apple Is Considering A Drastic Overhaul Of The iTunes Music Store, and More Proof That Apple's Next iPhone Is Going To Be Huge. Photo: iPhone 5s logic board with Qualcomm baseband chips, iFixit 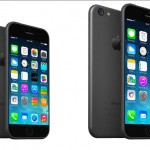 More Proof That Apple's Next iPhone Is Going To Be Huge 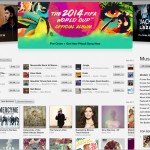 Report: Apple Is Considering A Drastic Overhaul Of The iTunes Music Store
Nothing found :(
Try something else